6 Science-Based Health Benefits of Oregano. Oregano is considered a staple herb in many cuisines around the world. It has a strong flavor and brings warmth to dishes, along with a hint of subtle sweetness. It can be found fresh, dried or as an oil, and all are said to have significant health benefits. Though typically used in small amounts, oregano packs in some important nutrients. Just one teaspoon of dried oregano can fulfill about 8% of your daily vitamin K needs. From helping fight bacteria to reducing inflammation, studies have unearthed some of its impressive potential benefits.

This article looks at 6 evidence-based health benefits of oregano.

Oregano is rich in antioxidants, which are compounds that help fight damage from harmful free radicals in the body. The buildup of free radicals has been linked to chronic diseases like cancer and heart disease Several test-tube studies have found that oregano and oregano oil are high in antioxidants Oregano essential oil is especially high in carvacrol and thymol, two antioxidants that can help prevent damage to cells caused by free radicals In combination with other high-antioxidant foods like fruits and vegetables, oregano could provide a hearty dose of antioxidants that may help improve your health.

SUMMARY:Oregano is high in antioxidants, which can help prevent damage by neutralizing disease-causing free radicals.

Oregano contains certain compounds that have potent antibacterial properties. One test-tube study showed that oregano essential oil helped block the growth of Escherichia coli and Pseudomonas aeruginosa, two strains of bacteria that can cause infection. Another test-tube study found that oregano was effective against 23 species of bacteria.Furthermore, a test-tube study compared the antimicrobial activity of oregano, sage and thyme essential oils. Oregano was one of the most efficient essential oils against bacteria, second to thyme. Current research is limited to test-tube studies that have used concentrated amounts of this herb. Thus, further research is needed to determine how these results could affect humans.

SUMMARY:Test-tube studies have found that oregano and its components may be effective against certain strains of bacteria.

3. Could Have Anti-Cancer Properties

SUMMARY:Oregano is high in antioxidants and contains compounds that have been shown to reduce cancer cell growth in some test-tube studies.

In addition to fighting off bacteria, some test-tube studies have found that oregano and its components may also protect against some viruses. In particular, carvacrol and thymol are two compounds in oregano that have been associated with antiviral properties. In one test-tube study, carvacrol inactivated norovirus, a viral infection that causes diarrhea, nausea and stomach pain, within one hour of treatment. Another test-tube study found that thymol and carvacrol inactivated 90% of the herpes simplex virus within just one hour. While these results are promising, additional research on how oregano may impact viral infections in humans is needed.

SUMMARY:Carvacrol and thymol are two compounds found in oregano that have been shown to decrease the activity of viruses in some test-tube studies.

Inflammation is a normal immune response that occurs as a result of illness or injury. However, chronic inflammation is believed to contribute to the development of diseases like heart disease, diabetes and autoimmune conditions. Oregano is rich in antioxidants, which can help neutralize free radicals and reduce inflammation.  It also contains compounds like carvacrol that have been shown to have anti-inflammatory properties. In one animal study, carvacrol reduced swelling in the paws of mice by up to 57%. Another animal study showed that a mixture of thyme and oregano essential oils reduced the number of inflammatory markers in mice with colitis, or an inflamed colon. Remember that these studies looked at the effects of oregano and its components in highly concentrated amounts. Studies are needed to determine how a normal dose could affect inflammation in humans.

6. Easy to Add to Your Diet

Though you may think of oregano as a topping reserved solely for pizzas and pasta dishes, this versatile herb can be used in many ways. Try mixing whole oregano leaves into other greens for a nutrient-packed salad or sprinkling the leaves into chili, soups or stews. You can also use it to make fresh pesto or salad dressing, season meat dishes or kick up the flavor of homemade sauces. Oregano is available fresh, dried or as an oil, making it super easy to add to your diet.

SUMMARY:Oregano is available either fresh, dried or as an oil, and it can be added to stews, dressings, sauces, meats and more.

Oregano is an herb that boasts some pretty potent benefits when it comes to your health. It is high in antioxidants and may help fight off bacteria and viruses, potentially reduce the growth of cancer cells and help alleviate inflammation. However, current research is limited to test-tube and animal studies. Further research is needed to determine its potential effects in humans. Luckily, oregano is versatile, easy to add to your diet and can be incorporated into a wide variety of recipes in either fresh, dried or oil form. 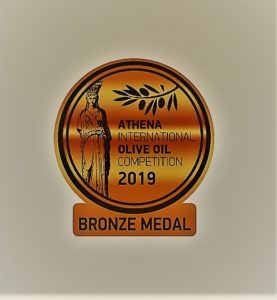