Olive grove enviroment & natural biodiversity. Biodiversity is a coined term for the diversity of species of plants, animals, bacteria and microorganisms that live in a given space. The biodiversity that exists today on planet Earth is the product of millions of years of evolution. It is also the product of the combination of multiple natural processes and the influence that human beings have had on the environment. 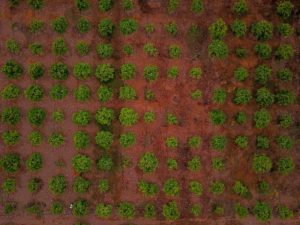 In this way, olive groves and the environment where they are grown make up an ecosystem where numerous species of all types coexist. Studies, some being from the FAO (The state of the world’s biodiversity for food and agriculture, 2019), have determined that olive plantations can support up to 200 wild plant species, 90 vertebrates and 160 invertebrates species per hectare.

Many invertebrate flora and fauna species depend on olive groves. These are the foundations of biodiversity. One cannot exclude the following animals when talking about olive trees: mammals, birds and reptiles – such as quail, partridges, small owls, hoopoe, lizards, lizards, among others. Here is where they develop nests, and take the food necessary for their survival. This whole group makes olive farms the artificial leaders in the adoption and reception of great natural value, because they sustain such a great diversity of wildlife.

The olive plantations in the Mediterranean act as a source of nourishment for a great number of migratory bird species coming from the north and center of Europe and Africa.

When olive groves are properly managed, and when the environmental sustainability of the area they are grown in is considered, they undoubtedly contain the greatest artificial environment in the natural biodiversity that exists today. They are beneficial not only to the economy, society and culture, but to the environment where they find themselves growing in.